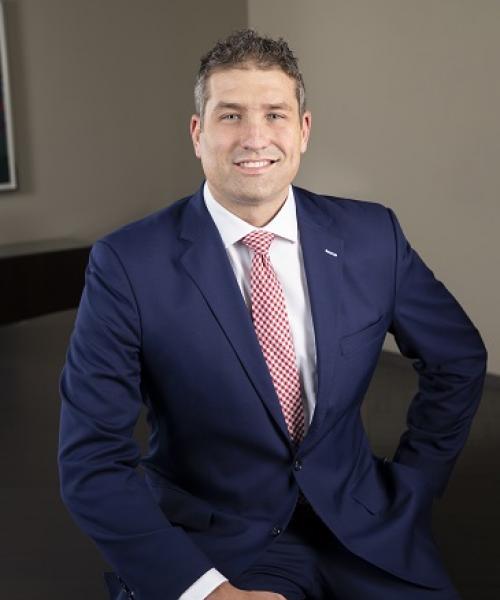 For Insurance and Financial Services: winovichp@wilcoxfinancial.com
For Securities and Investments: pwinovich@aicinvest.com

Originally from Pittsburgh, Pennsylvania, he was recruited to play football at Bowling Green State University. He helped lead the BGSU football team to two MAC East titles and two bowl games. He excelled both athletically and academically earning recognition into the 2008 National Football Foundation & College Hall of Fame Honor Society, Falcon Club’s Junior Scholar Athlete of the Year and ESPN The Magazine Academic All District. He most recently received BGSU’s “10 Under 10” Alumni Award.

He has served on several boards including the Falcon Club Advisory Board, the Young Alumni board, the Student Athlete Advisory Committee (SAAC) and is currently the Chair of the BGSU Alumni Board of Directors.

Peter and his wife, Kristin, live with their daughters, Penelope and Naomi, and son, Peter IV in Toledo, Ohio.